Have you tried our newest tea, Summer Vacation? It’s a delicious citrus white tea that’s a warm weather dream-come-true! In this yummy recipe, I’ll show you how to use it to make fresh poptarts with it! We’ll be using apples in the fruit filling, which creates a yummy apple sauce and marmalade flavor. That said, feel free to try using other fruits, or even cashews or coconut for a custard filling! Let’s get started.

(You can turn this into a glaze by instead using 1 cup of powdered sugar instead of 1 tablespoon of coconut sugar, and mixing in 1 tbsp. of almond milk.)

To make the dough for the crust, first mix the flour and salt. Next, mix the coconut oil, vanilla, 1/4 cup aquafaba and 2 tbsp. almond milk together, and mix into the dough. Knead the dough on a floured surface until it is homogeneous. Cut the dough in half, and roll out one of these halves into a rectangular sheet that is about 1/8” thick, 9” long, and 12” wide. Cut these into 3”x4” rectangles and place each rectangle on a parchment paper-lined baking tray. Mix the remaining aquafaba and almond milk together, and coat each rectangle (like an egg wash).

In a saucepan, combine tea, apples, coconut sugar, and salt, and cover. Cook over medium heat for 15 to 20 minutes, or until apples are soft. Once cool, hand-mash or blend the mixture in a food processor. Now, your poptarts are ready to fill. Spoon about 1 tbsp. of this filling into the middle of each rectangle (you can use a little more or less, depending on your preference. Next, roll out and cut the second half of the dough exactly as you did the first. Place each new rectangle of dough on top of one of the rectangles of dough with filling, and press around the edges to seal (you can use a fork to make ridges). Poke small holes into the top of each poptart to allow air to escape. Sprinkle with the cinnamon and coconut sugar mixture.

Bake for about 25 minutes, or until golden brown. If you are using the glaze, mix the ingredients, and ice once the poptarts are completely cooled. Otherwise, allow to cool before serving. Store in an airtight container at room temperature, if desired. This will last up to 4 days.

Stay tuned for the video of this recipe on our Instagram! 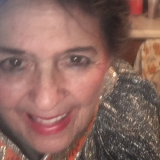 We're about to enter one of the hottest season of the year, so it's time to cool down with some healthy and delicious iced tea. Iced tea is a wonderful drink; it’s packed with health benefits, and the flavor possibilities are endless. But, with all the different iced tea blends to choose from, choosing the right blend can be a little confusing, so I decided to ask some of our team members to share their summer favorites.

Feeling Stressed? It’s Plant Power To The Rescue With This Lavender-Chamomile-Coconut Latte

We all feel stressed sometimes. Luckily, there's an easy fix for it. The ingredients in this Lavender-Chamomile-Coconut Latte will help you relax your mind, fight stress and anxiety, and let you rest peacefully. I've combined two of nature's most relaxing ingredients to create a beautiful caffeine-free tea latte recipe that will delight your taste buds while also bringing stress levels down.

If you’re a sun tea lover, you can lessen the risk of bacterial contamination in your sun tea as long as you follow a few simple (but important!) guidelines.